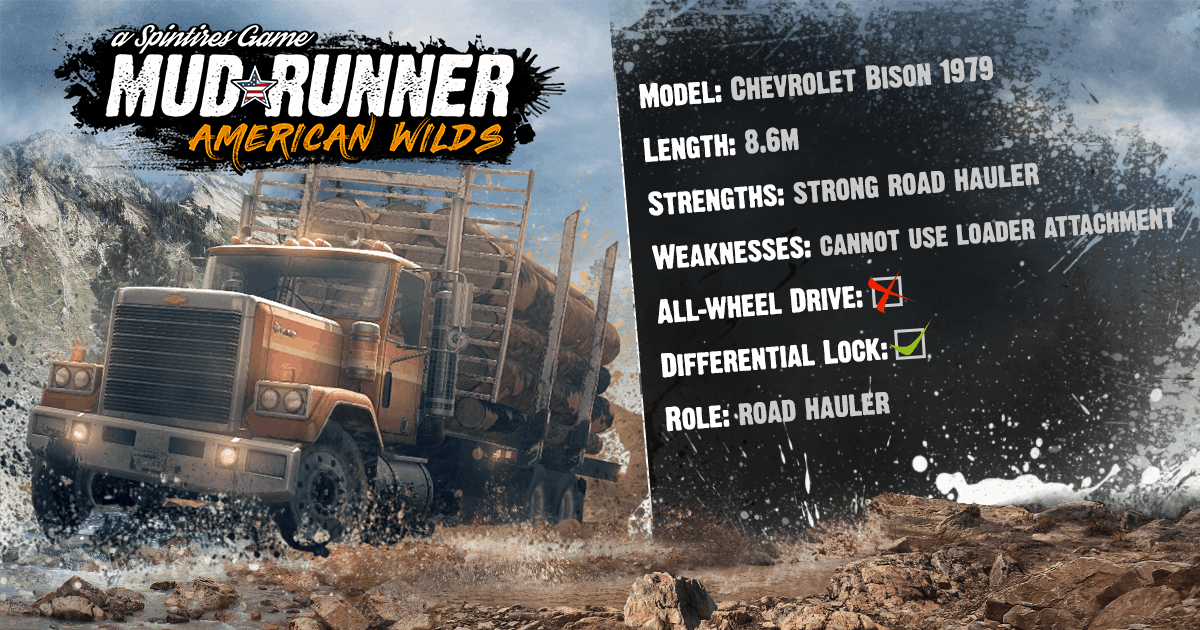 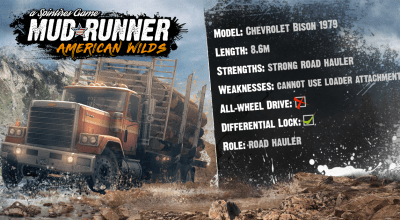 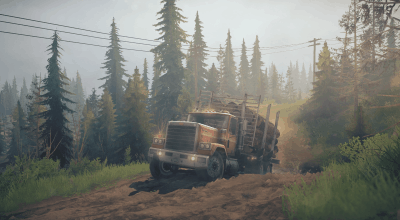 Today, we’re very excited to be talking to you about the Chevrolet Bison 1979!

Spintires: MudRunner – American Wilds releases on October 23rd on PC, PS4 and Xbox One and comes to Nintendo Switch on Nintendo 27th!

Vehicle Description:
A speedy truck on road, The Bison is a reliable vehicle able to get your loads where they need to be, and not troubled by inclines or tough roads.

Game Stats:
Without all-wheel drive, the Bison is not at home off-road. It can take a mighty 600 points of damage, and has a large fuel tank able to carry 330L of fuel, so it will last any trip you need it to along tough roads.

Strengths:
One of the more powerful vehicles in American Wilds, there’s little that can stand in the Chevy Bison’s way.

Weaknesses:
Without access to the loader attachment, the Chevrolet Bison is at the mercy of vehicles able to load it. It will need a support team to be able to complete maps. Additionally, without AWD, the Bison isn’t suitable for off-roading.