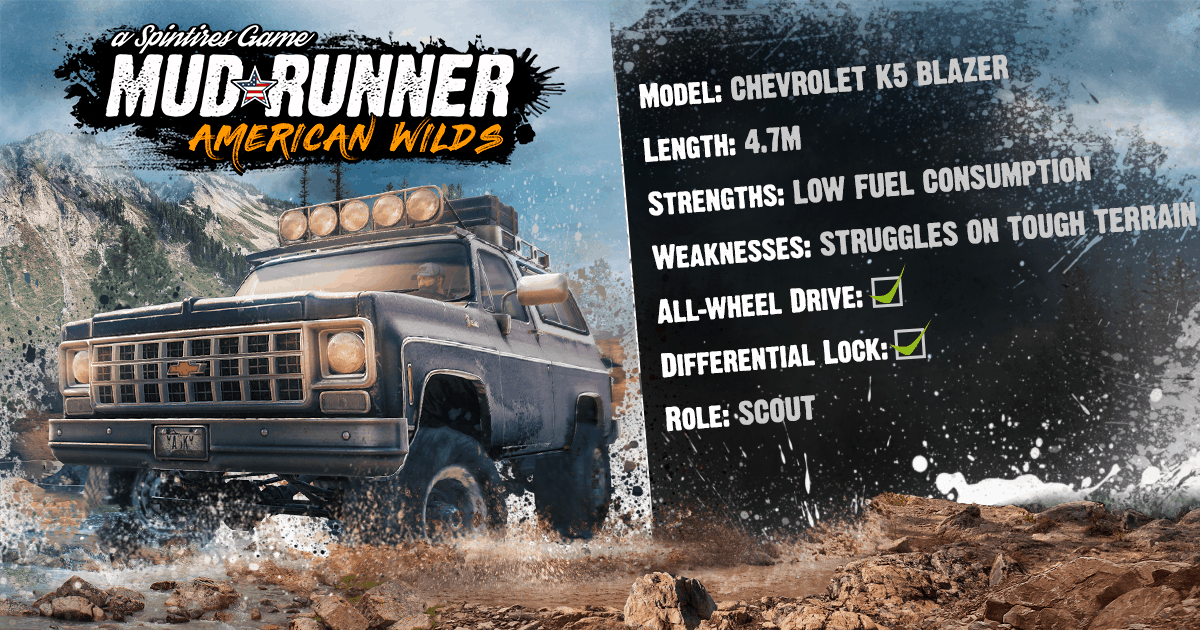 Today, we’re very excited to be talking to you about the Chevrolet K5 Blazer!

Vehicle Description:
Able to use four-wheel drive, and equipped with differential lock, the Chevy K5 Blazer is a powerful all-terrain vehicle. Able to pick up high speeds, the Blazer is able to zip around the map and scout out tricky routes very easily.

Strengths:
At home on the roads, the Blazer is nimble and equipped to scout out new trails as your starter point vehicle, making it your best choice for a point vehicle in the early game.

Weaknesses:
While the K5 is self-sufficient enough for long scouting trips, it’s smaller add-on complement means it won’t be spending the whole game without support.