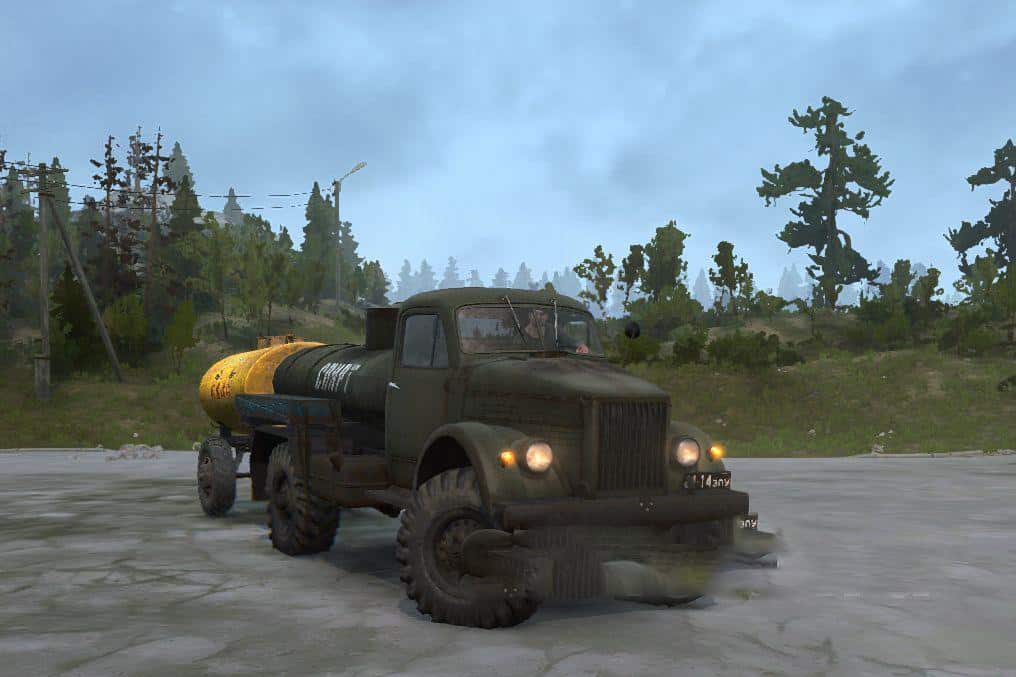 GAZ-63 – a Soviet truck with a 4 × 4 wheel arrangement, with a carrying capacity of two tons.
The first prototypes of the GAZ-63 were created before the Great Patriotic War in 1939.
The most massive four-wheel drive truck of the Soviet Army and in the national economy of the USSR in the 1950-60s.
In 1968, the production of these cars was completed, however, to this day, in some places you can still find working specimens.

The mod has:
– 10 of their add-ons;
– your sound;
– their goods;
– View from the cockpit;
– Carries 4 points of cargo and 2 points of the garage;
– Animation of knuckles and beams;
– Animations of all fuel tanks (tanks, tanks);
– Animation engine;
– Steering wheel animation;

Maud tried as close as possible to default execution. I replaced the number with a black Soviet one, washed up the tidy, removed the decals on the door (such as ATP, SMU), and also added light to the add-ons, well, and other minor changes and changes in texture.

FINAL version for Spintires: MudRunner (v10.06.19):
This is the final version of this truck.
– Fixed bugs;
– Fixed flying trailers;
– Fixed loads;
– Made lamp color headlights (looks more nice);
– Other wheels are aged (at the request of the players).