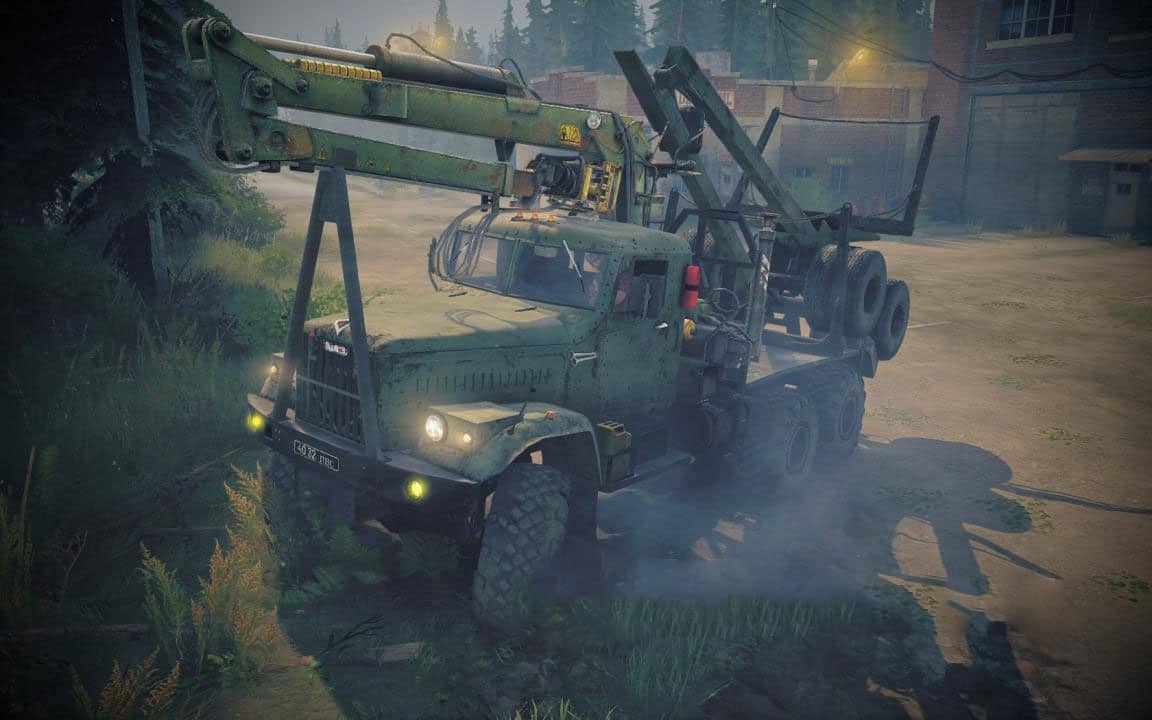 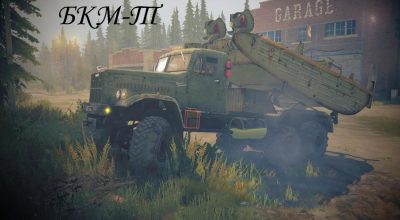 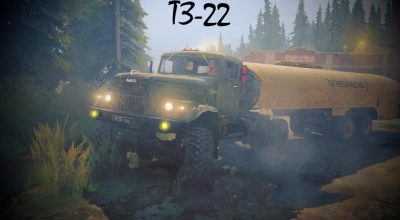 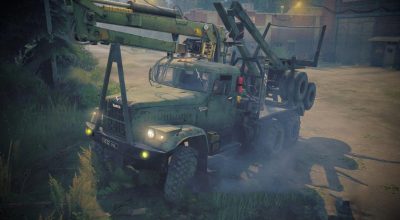 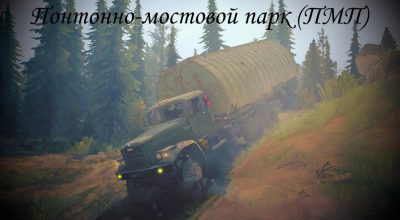 The pack includes:
1) The BMK-T towing and motor boat is designed to tow individual links, sections of the pontoon bridge when it is pointing, tow the bridge ribbon when it is turned, moved; for the delivery of anchors; for towing ferries assembled from a set of pontoon bridge park; for reconnaissance of the river. It can also be used to transport infantry (landing) personnel, tow non-self-propelled craft, patrol water obstacles and solve other problems on water obstacles.

3) Tanker TZ-22
TZ-22 is a tanker machine developed by the engineering plant of Chelyabinsk. Launched in large production in 1964. In 1967 it began to be used by the Air Force of Russia. The basis for the equipment was the ChMZAP-5524 semi-trailer and the KRAZ-258 tractor.

4) PMP-60 – a set of floating bridge, which is in service in the engineering and road (transport) troops of the armed forces of many states of the world.

5) The three-axle heavy truck trailer ChMZAP-520 has a special platform equipped with special devices for loading, unloading and securing large indivisible loads and tracked vehicles in the transport position. The trailer can be operated as a part of road trains on paved roads. It was produced by the Chelyabinsk plant of automobile trailers since 1957.

The author of 3D models and textures-Maxim Pioneer

6) KrAZ-255B – Soviet heavy truck-all-terrain vehicle with a wheel formula of 6 × 6. Designed for transportation of goods and personnel on roads and off-road. Created on the basis of KrAZ-214B, from which the general layout is inherited. Among the main differences are the more powerful and economical YaMZ-238 motor and wide-profile tires with a centralized pressure control system.

Version 1.2 for Spintires: MudRunner (v10.06.19):
Major changes:
1) Added the ability to hold pontoons together (see video)
2) Your sound and the new BMK panel (add-ons)
3) Kraz-Tral CHMZAP-520 and standard add-ons for coupling
4) The archive has a pontoon object in the form of a trailer (for the editor)
5) Attention! when arriving at the pontoon, it is better to stay closer to the edges (not a big bug with the CDT-issue is solved)