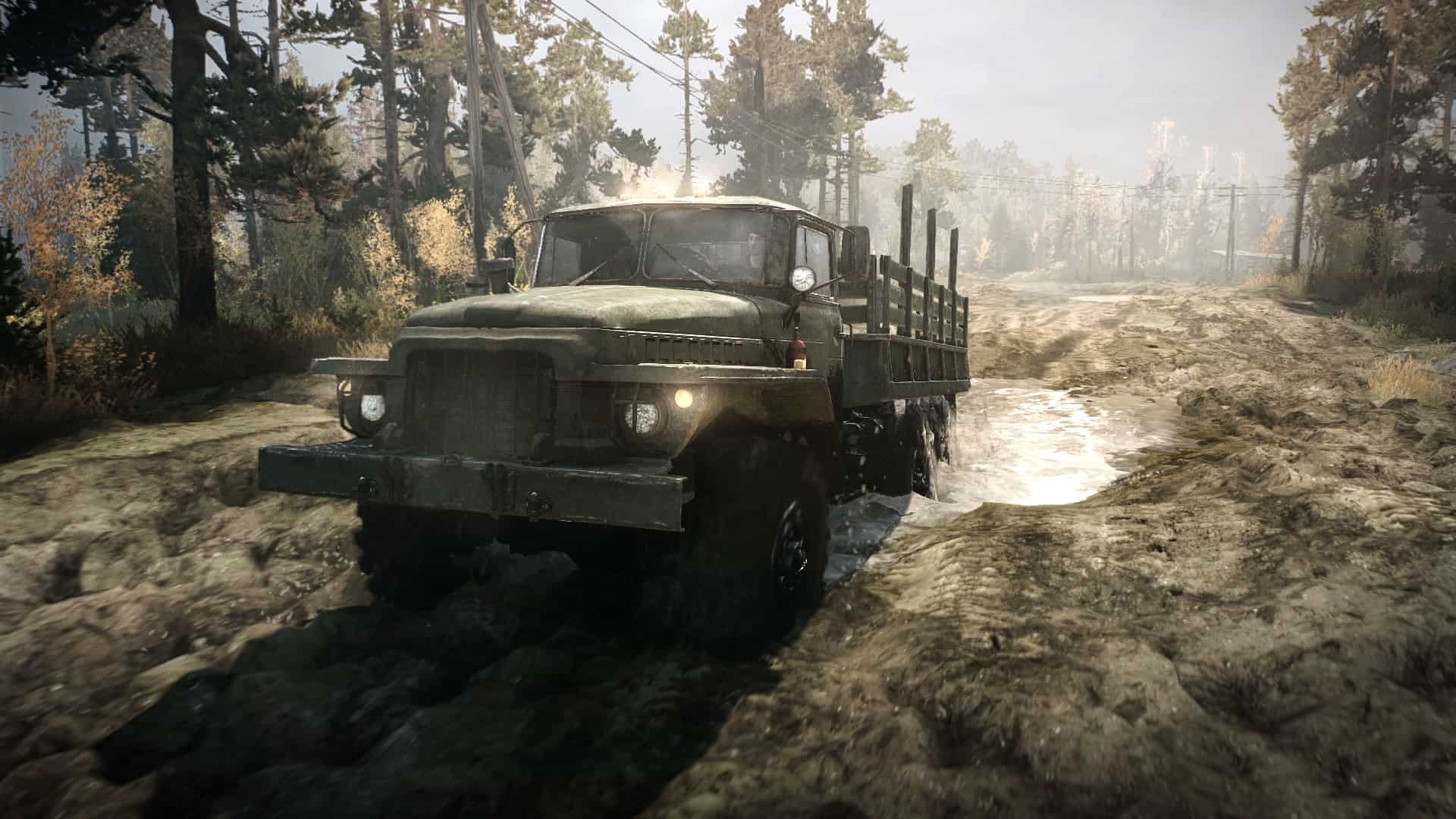 Spintires is one of those games that you either really dig, or completely don’t. It’s about driving big, Soviet-era trucks through thick, Soviet-era mud—not racing or in pursuit of any grand quest, but just grinding through it however you can. Despite its obviously (very) niche appeal it was quite a success, but a fallout between the developer and publisher led to controversy, and even a temporary removal from Steam.

That was all eventually smoothed over, and the game is now back on Steam. Not only that, but a new version called Spintires: Mudrunner is on the way as well. The “ultimate version” of Spintires will feature a “total graphical overhaul,” a new sandbox map alongside the five environments in the original game, a challenge mode with nine dedicated maps, and 13 new vehicles, taking the total to 19. And happily, development is once again being headed up by Pavel Zagrebelny, the creator of the original game.

Pavel Zagrebelny, creator of the original Spintires, is back at Saber Interactive as vision holder & lead dev on Spintires: MudRunner.

So the core game sounds essentially unchanged, but that’s not necessarily a bad approach to take. Spintires isn’t the sort of game that’s ever going to become a mainstream hit, but it’s held onto its audience remarkably well: Its average concurrent user count in July 2014 was 1,239, and its average concurrent user count last month—July 2017—was 1,124.

Spintires: Mudrunner is available for pre-purchase now on Steam for ten percent off its regular $30/£25/€30 price, with another 50 percent off for owners of the original. It’s expected to be ready for release in October.