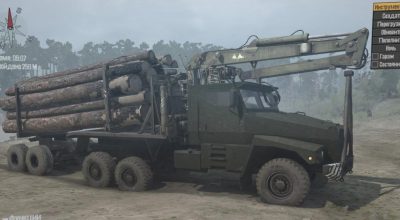 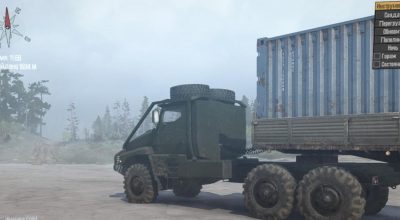 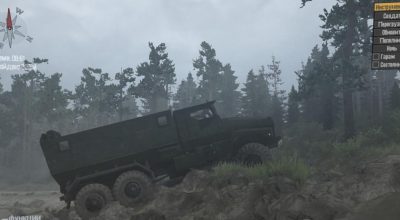 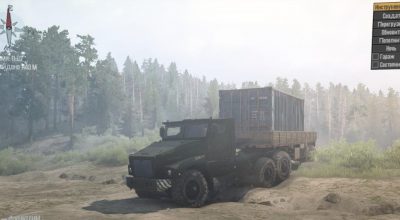 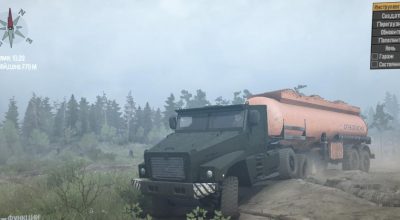 Ural “Typhoon” (URAL TYPHOON) is a Russian multifunctional, modular armored car of the Typhoon family. The chassis of the car is hood, frame, all-wheel drive, three-axle. Produced at the Ural Automobile Plant.

This modification has a “soft” chassis, which provides the machine with the ability to overcome the unevenness of the raised level. The machine is quite stable on irregularities, but at the same time it has a disadvantage: increased swinging.
The mod was made taking into account the actual physical characteristics of the machine: mass, fuel, appearance, salon, etc.
Mod was converted from the version of SpinTires 03.03.16, finalized by the author in terms of physical parameters (propiska). 3d model did not receive any changes. Author of the 3d model: Sergey Pasichnik,
Author of the revision / conversion: Bogelman Dmitry Bogelma

Mod has 5 of its add-ons + 13 default ones.
View from the cockpit without a dashboard.

Playlist how this car is converted

To satisfy the requests of commentators, a new small update was added:
– the position of semitrailers (and “tractor”) was reduced,
– the sound of the turbine was removed,
– the rigidity of the frame was reduced (the excessive rocking of the cabin was increased),
– the mass of the rear part of the car was adjusted + the car does not go down the ass now),

PS: I tried to put wheels with a large diameter – it does not roll, especially on the rear axles – they become very close to each other, visually very not realistic, so it was decided to leave the wheels original)