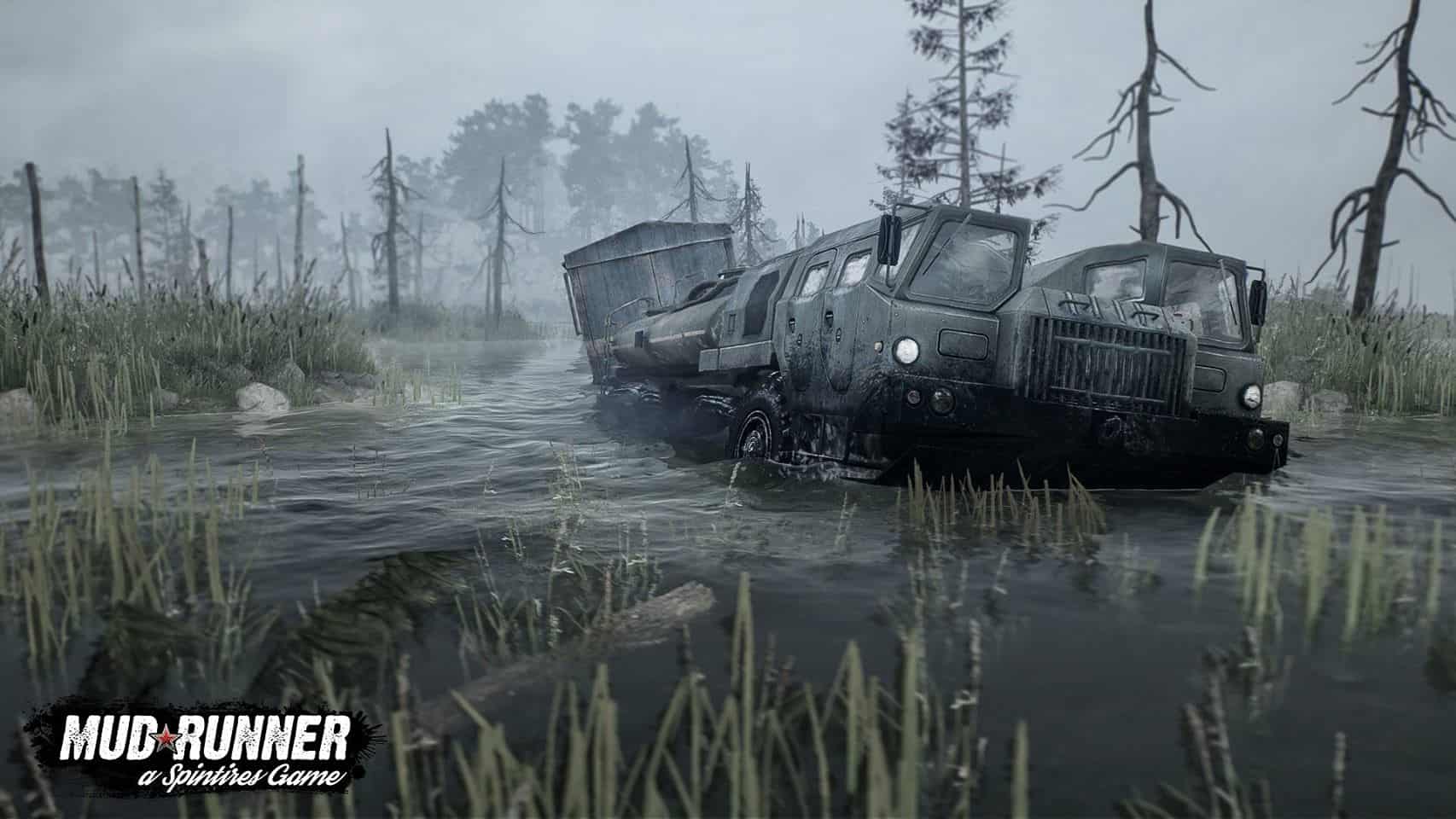 Hi there,
We’ve noticed that a lot of you are asking similar questions, and so that we answer all of them in one easy way, we decided to put together a post answering them all! Please find the most commonly asked questions below, but if you have any that aren’t covered here, please let us know.

Thanks!
The Spintires: MudRunner team.

What is real-time mud?
Muddy terrain, rivers, and other obstacles all realistically react to the weight and movement of your vehicle, thanks to the game’s advanced physics engine. “Real-time mud” is the term we came up with to summarize all this!

Will existing mods work?
Yes, we have a separate ModConverter tool, and we plan to have this tool available at release.

Will we include PC mod support at release?
Yes, absolutely!

Will you be able to change time of day?
Yes, in Casual mode you will be able to skip night at the cost of fuel.

Will we fix the camera auto zoom?
Yes, we know that a lot of players are asking this, and it is something we’ll be fixing for release.

Will the be first-person driver view?
We’re currently evaluating all the options regarding camera views in Spintires: MudRunner. More information coming soon.

Is this a re-release of Spintires?
Spintires: MudRunner is the ultimate version of Spintires. Developed not only for PC but also for the first time for PS4 and Xbox One. It’s a huge upgrade over its predecessor, as this edition comes complete with “a brand new Sandbox Map joining the original game’s 5 environments, a total graphical overhaul, a new Challenge mode with 9 new dedicated maps, 13 new vehicles and other comprehensive improvements.” Original Spintires players on Steam will get 50% off MudRunner as a loyalty discount. More info and details coming very soon – follow us to make sure you don’t miss any info.

Will there be a Nintendo Switch version?
No, we don’t have one planned at the moment.

Can you clarify the involvement of Pavel in Spintires: MudRunner?
Pavel Zagrebelny, the creator of the original Spintires, is back at Saber Interactive as vision holder and lead developer on Spintires: MudRunner, and therefore, is fully involved in the project.
Focus Home (we) will be the ones publishing it, so we’ll be releasing it, handling future updates (along with the dev team) and distributing it, too.

Will this game also be abandoned?
No. We at Focus Home Interactive have always supported our games, during and after release. We strongly believe in Spintires: MudRunner, and our objective is to produce a great game, which we intend to continue supporting with updates to enrich the game’s experience even after release. We always pay great attention to community feedback, and both we and Saber will make sure that MudRunner receives attention and improvements after Day One.

Will there be Mac support?
We don’t plan on having Mac support at release, no

Will there be vehicle customisation?
No. This means that you won’t be able to add decals, change vehicle colours, or add rim spinners. Rest assured that you will be able to modify vehicles with log bays, trailers, and other modifications as you could in the original Spintires.

How will deliveries be handled?
Deliveries will work the same way that they always have.

What framerate will Spintires: MudRunner run at?
Locked to 30fps on consoles, locked to 60fps on PC.

Will there be a retail release or only digital?
This will depend on the territory. More information will be coming soon on the official website.

Will there be 4k compatibility on consoles?
We’re in discussions to bring PS4 Pro and Xbox One X features to the game after release, but we have nothing to confirm yet.

What languages will be available?
At release, Spintires: MudRunner will be playable in 8 languages – English, French, German, Italian, Spanish (Spain), Portuguese (Brazil), Russian and Polish.

Will there be tracked vehicles?
Not at release.

Will you support dedicated servers?
Not at release