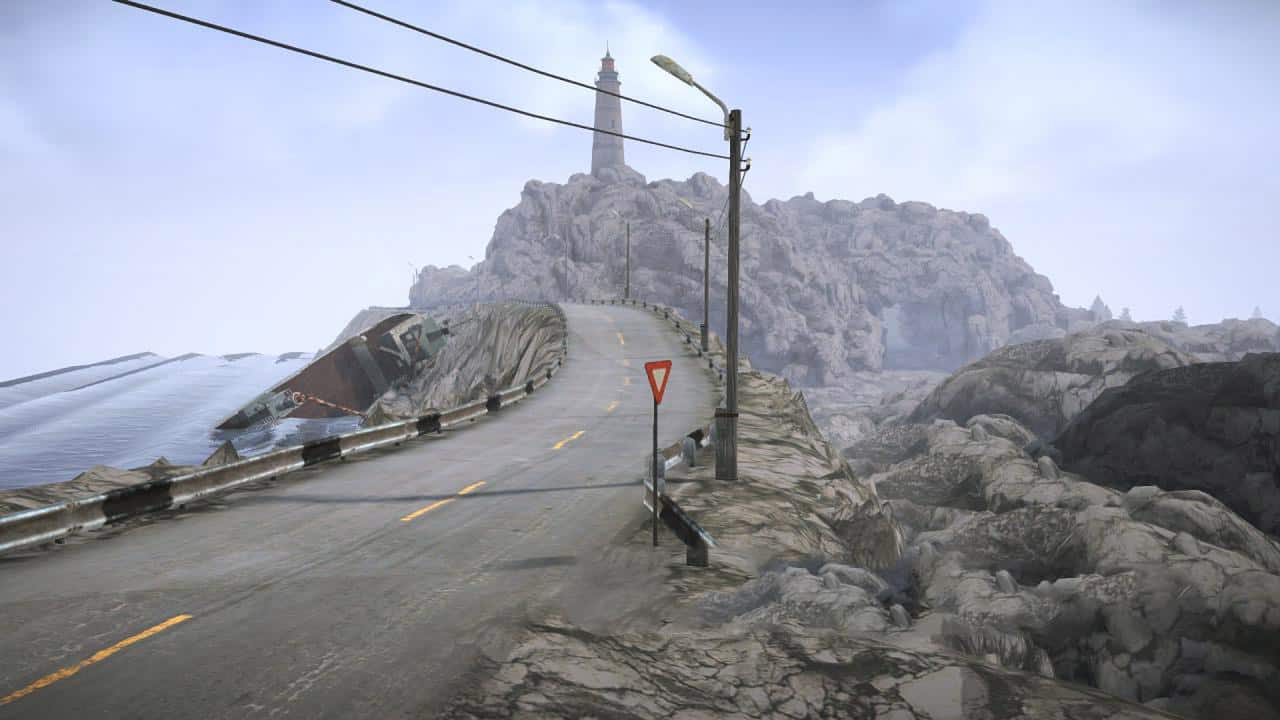 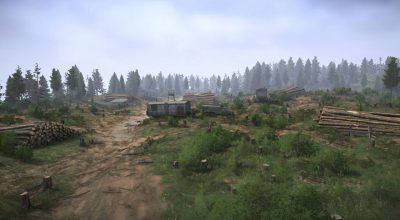 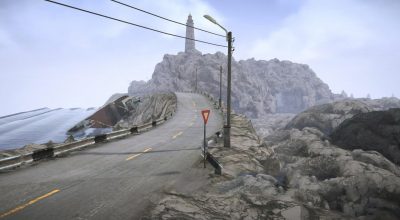 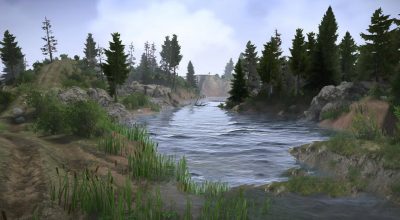 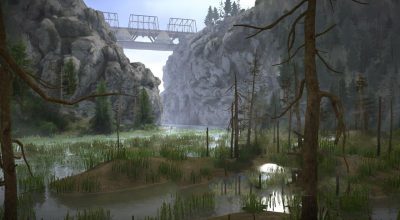 Recommended equipment:
– Difficult level – default cars of level MAZ-6317 / KRAZ-255 in order to fully feel the map, get out of the comfort zone and dive into the atmosphere of SpinTires !;
– The average level – a little more passable cars, rather than a default, for a less comfortable game;
– Easy level – Significantly passable, Cheaters, Imbes for arcade.

Actions take place on the Bloody Pass – this is the most dangerous pass, for transporting timber. Over the past year, more than 25 people died on this site and about 30-40 cars were broken. But you do not care and you come to earn money. And they pay decent money here, due to the big risk to life.

Monday morning…
So guys, today I have bad news for you. Mikhalych, an old drunk, devoured the sivukh early in the morning and took the garage parts in that condition. As you can see, the garage is not open. Alcote lost control and overturned the truck along with the parts into the swamp, near the water treatment plant. He fell from a fairly high altitude, the trailer with the garage seems to be in order, but the Kamaz was killed in firewood. Yes, even when falling from a truck, the hitch vomited, and she sank somewhere in a swamp. There is no time to search for it and repair it, so I called Petrovich from a neighboring village and asked him to drive Kamaz (4310) with a coupling for a small fee. But the problems did not end there, he ran out of fuel halfway and he got on the highway near the “Blood Bay” – this is the one at the lighthouse.

In short, I tell you a plan of action:
1) One of you is going to Peter Pavlovich, say that he gives you a fuel truck from me. At this fuel truck, go first to the gas station, and then go to fill Petrovich’s truck. How to refuel, drive the tractor to the water treatment plant. The keys to the tractor will find under the rear wheel. Peter Pavlovich you will find in the village near the garage.
2) The other at this time takes an old MZKT, which stands at the entrance to the city. Here, hold the keys. It has not been serviced for a long time, so you can ask for repair parts from the local ones. How to pick up the MZKT, drive to clear the road and turn over the garage parts.
So, still, hold the radio. You will probably have any problems in the process and with the help of them you will be able to call each other for help.
As soon as you get the garage parts and open the garage, immediately start transporting the forest. Work has not been canceled!
In the meantime, I will go to visit Mikhalych in the hospital, otherwise he got off with something easy.

Useful information:
– All cars at the start can be changed;
– According to the map, near some roads are the Oise of BLUE color, on which it is necessary to open intelligence points. As a rule, these roads at one end and back you will hardly return. Therefore, you should not go further in your car if you see a blue UAZ standing nearby. Otherwise, you risk losing your car;
– The discovery of all points of intelligence has been repeatedly tested on CINEMA. Therefore, if you replace it with another machine, there is a possibility that you will not be able to open the point;
– On the map there are about 3000 objects. As a result, small freezes and drawdowns of FPS are possible. But with 80% probability you will not have any drawdowns;
– The map is conditionally divided into 3 levels / tiers: the 1st lowest level is a swamp; 2nd intermediate level – wide roads, city, villages; 3rd highest level – narrow mountain trails;
– The KamAZ4310 with a coupling is located on the map and a trailer for 4 points of the garage should cling to it. Maz6317 with fuel tank. If you have them replaced, then check whether these default add-ons are placed on them;
– The map is made entirely of default objects, so for its launch you do not need a spmod;
– Added transport from the new update / DLC Ridge to the map. If you do not have the DLC Ridge installed, then this transport will not be on the map (this does not affect the gameplay).