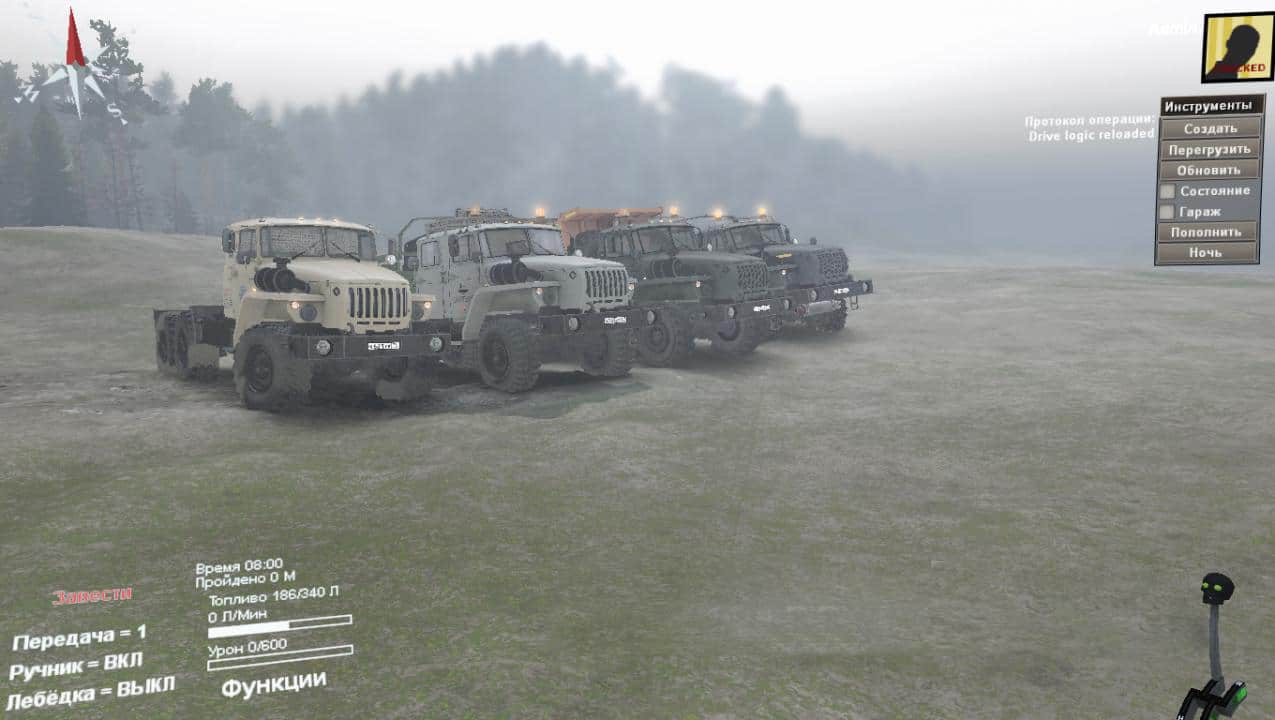 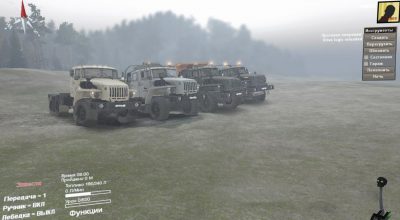 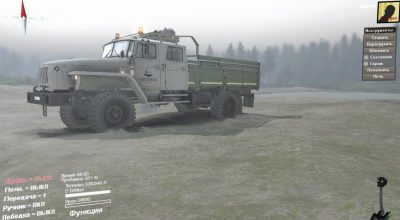 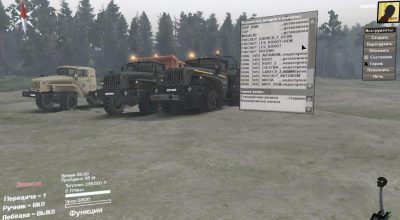 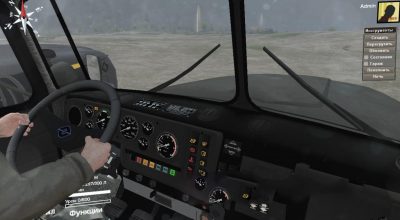 – Ural 43206 “Hunter” redesigned box, and so everything remained standard;
– The Urals 5453-4320-50m redesigned suspension, box and add-ons are slightly shifted;
– The Urals 44202-0511-41 redesigned the box and the suspension has slightly reduced engine power;
– To the Urals 5453-4320-50m added one trailer for 4 loading points;
– Slightly moved cabin in the salons;
– The add-ons have been rewritten now they are readable, but I left the loads as they were.

The pack includes:
-Ural 43206 “Hunter” – the lightest in the family of off-road Urals 4320, an excellent reconnaissance officer, practically not inferior in cross-country ability to its older brothers – triaxial vehicles. It has its own board, kung, tank, can carry 2 of its cargo points to carry default trailers, a field kitchen from the Lawn Zadka, a mini-trailer from Pak Kamaz. There is a small easter egg in the kung.

-Ural 44202-0511-41 – an all-wheel drive tractor with a berth. Designed for transporting semitrailers. It has its own semitrailers: onboard 4 points, a carrier locomotive 4-6 points of cargo. Uses semi-trailers with Muzden Trailers pack, tank with Kamaz pack.